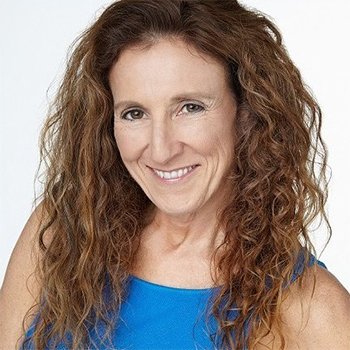 Alice Saltzman has been practicing yoga for over 30 years and become a yoga teacher in 2004.  She received her 200 RYT certification at Kripalu School of Yoga and Health. She began teaching full time in several yoga studios, country clubs as well as working with actors in theaters and employees in several local businesses as part of their wellness plans. While teaching full time she became inspired to go further with her training and began studying with JJ Gormley-Etchells in 2006. She continued her education by traveling with JJ, completing her 500 RYT certification in 2009 at Surya Chandra Healing Yoga School. She is currently studying yoga philosophy in depth so that she may teach yoga philosophy through storytelling. Alice is an actress and a licensed CSW. She has owned and managed a cafe in NY and has taught medical students in NY and FL. Alice has experience in Kripalu, Hatha, Prenatal, Vinyasa, Yin as well as Silver Sneakers Yoga Classes. She has also taught yoga in hospitals to patients with breathing machines.