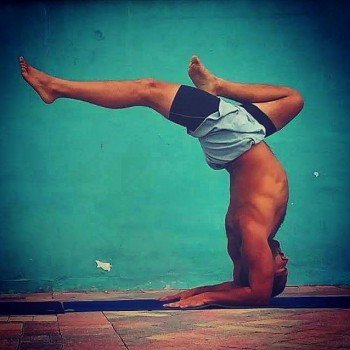 Domenic is originally from Rhode Island, played football, and grew up working construction, namely concrete work. After undergoing upper body injuries running became his exercise and found peace of mind after great distances. After moving to Florida for work and struggling for a while, through many perfectly aligned circumstances, he found yoga.  Once he found the practice of yoga, he was in love as it offered a peace of mind that he had only found on long distance runs.  He enjoys the physical, upper body strengthening postures, and is well versed in inversions and arm balances. His classes, while being well rounded, will move you toward understanding the capabilities of your body as he believes there is no “can’t” or “never” in yoga. Yoga saved Domenic ‘ life and he’d love to share his passion with you.