The health advantages of marriage

That’s just one of many Rodney Dangerfield jokes that don’t exactly paint a rosy picture of marriage. But, according to a new study, being married might just save your life.

Okay, that might be an overstatement. But there is fascinating — and compelling — research suggesting that married people enjoy better health than single people. For example, as compared with those who are single, those who are married tend to

This study was presented at a medical conference, so the results should be considered preliminary. But it does raise some questions. For example, were the heart attacks of single people more severe than those in people who were married? And was the health of the single heart attack victims worse before the heart attack than that of the married group?

The headlines describing this study might have single people feeling even more pressured than before to find a marriage partner. I think that would be unfortunate, as a study of this type can only conclude there is an “association” or link between marriage and better health outcomes after a heart attack — but it cannot say with confidence that marriage is the reason for that benefit.

How does this work?

Given the growing body of evidence linking marriage with better health, it’s worth asking why such a connection might exist. A number of researchers have explored this question. Here are some of the more prominent theories.

It’s all about immune function. Studies have found that people in happy relationships have stronger immune function than those who are not. And, cortisol tends to be released in lower amounts in married people as compared with those who are single. That may be important because cortisol levels tend to reflect levels of stress, and high cortisol levels can impair immune function.
Your behavior improves with marriage. Married people may take fewer risks, eat better, and maintain healthier lifestyles, on average, compared with single people. There is also evidence that married people tend to keep regular doctors’ appointments and follow doctors’ recommendations more often than single people.

Mental health is better when you’re married. Poor social supports (as might be more likely for those who are single) have been strongly linked with higher rates of depression, loneliness, and social isolation, which have in turn been associated with poorer health outcomes.
Married people have better health before getting married. It’s reasonable to wonder whether people with medical problems (or who are prone to them due to unhealthy habits) are less likely to get married; that would leave healthier people getting married and that could account for the “marriage health benefit.” But, some studies have actually found that unhealthy men tend to marry at a younger age and divorce less often than healthy men.
None of the evidence in support of these theories proves (or refutes) a health benefit to marriage. So, if there is a health benefit to marriage, the precise reason is not known. But researchers continue to study the question.

I think that in the future we will have a better understanding of the health effects of social supports, including marriage. Then, our focus can turn to another important question: so what? If marriage is truly a predictor of better health, can this knowledge be used to improve health? For example, if a single person has a heart attack, is there some way that this “higher risk” individual can be treated differently to improve the outcome?

It seems likely that Mr. Dangerfield’s comments about marriage were mostly (or totally) for laughs — but even if his marriage made him miserable (as he so often suggested), it may still have been good for his health.

This author hasn't written their bio yet.
Dr David Soria has contributed 26 entries to our website, so far.View entries by Dr David Soria 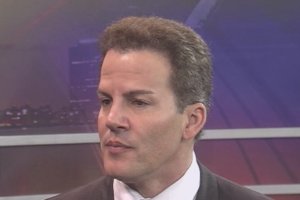 Presenter: Time to answer some of your medical questions, some[...] 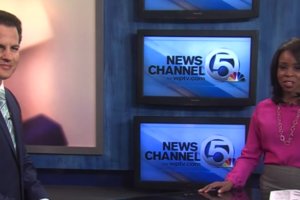 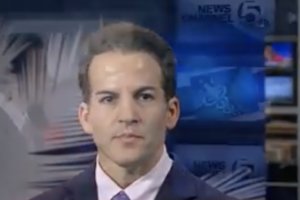 Mike: All right, thanks Glen. Time now to answer some[...]