Dr. David Soria – What is a Pulmonary Embolism

Home HealthDr. David Soria – What is a Pulmonary Embolism

Dr. David Soria – What is a Pulmonary Embolism

Keli: Well first let’s go ahead and talk about a story that’s making news today. Tennis star Serena Williams underwent surgery for a pulmonary embolism. Several questions we’ve got surrounding this. What is a pulmonary embolism? How dangerous is it? How long does it take to recovery?

Dr. David Soria: A pulmonary embolism, or otherwise known as a PE is a clot and it’s a clot that goes from somewhere else in the body up to the lung. Classically it’s in the leg. It starts in the calf, it’s called a deep venous thrombosis and then a little piece of that clot breaks away and can land in the lungs. Once it does that it can cause problems breathing. It an cause problems with oxygenation to the entire body and that in turn is what can cause death depending upon how big it is.

I can tell you one thing for sure, it’s very uncommon in a young person, especially somebody who’s active and athletic. It doesn’t necessarily form in a person like Miss Williams. Typically it happens in somebody who is inactive. In other words blood starts to pool in your leg, for example, a long car ride, or a long plane ride, or it happens to somebody that’s had surgery and then have had immobilization. They haven’t been able to move around, or somebody who has some other underlying disease that’s contributing to their clotting.

Keli: Okay. Well let’s move on to another question we have. This question is about runners knee. We know a lot of people run out here in South Florida, want to stay active.

Dr. David Soria: Well what runners knee is, is just pain around the kneecap where the tendon that attaches the thigh muscles to the kneecap and it happens from overuse, excessing weight bearing and really from poor arches in your foot and thus, causes pain because of its causing inflammation in that area. Best way to treat it is the classic ways with rice a pneumatic that we use. Rest, ice, compression and elevation. You can use anti-inflammatories like ibuprofen. Change your arches or use arch support so that it distributes the weight differently on your knee and then if that doesn’t work sometimes you need to see an orthopedic surgeon who will then, in turn, do an MRI and determine if there’s any cartilage damage.

Keli: I know a lot of people take glucosamine supplements. I do take those as well. Are those good for you? Do those help with runners knee?

Dr. David Soria: There really isn’t any proof that states or any scientific studies that state that it actually helps, although anecdotally a lot of people swear by that and it hasn’t been shown to have many side effects, so many times I say if it helps you absolutely. Go and do it.

Keli: My dad and I are two of those people. We swear by it. Let’s move on to our next question. Can too much coffee cause you fatigue?

Dr. David Soria: I love this question because it doesn’t make any sense, right? How could coffee cause you to be tired, well in reality, it’s not the coffee itself, it’s the caffeine in the coffee. Caffeine’s a drug and what it does is it tells the pituitary gland to secrete or tell the adrenal gland to secrete adrenalin. Adrenalin puts you in a state of fight or flight and it gives you that burst of energy. What happens is the caffeine starts to wear off and thus, you feel like you need another cup.

By the time you hit that fifth or sixth cup, your adrenal gland is starting to get exhausted of secreting adrenaline and it gets even harder for it to get you back up to your baseline adrenaline levels, so once that caffeine wears off, you actually feel more fatigued then if you didn’t drink the coffee at all. The key is, instead of drinking five, six cups. Just have two or three or spread it out a little longer throughout the day. In other words, have your second cup several hours later and then maybe have your third cup several hours after that.

Keli: That’s the crash. I just had an ah-ha moment.

This author hasn't written their bio yet.
Dr David Soria has contributed 26 entries to our website, so far.View entries by Dr David Soria 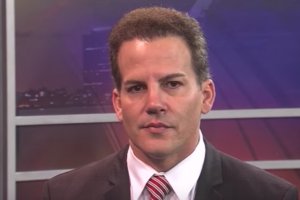 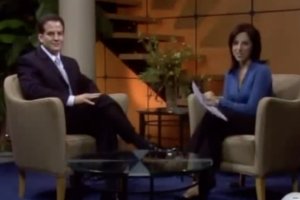 Lauren: Welcome back. It’s time now to answer some of[...]